Deanna Stover, Beyond AIDS Foundation President, and Marsha Martin, Advisory Council member, represented Beyond AIDS at this conference in South Africa. They discussed their impressions at the Beyond AIDS Annual Meeting, November 13, 2016. 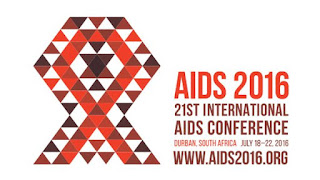 Marsha Martin reported that the conference had been in Durban before, in 2000. This was an opportunity to come back and see how things have moved along after 16 years. There were about 20,000 attendees, and the mood was optimistic and people were feeling good. Treatment is available, much more is being done. Science is being used on the ground. At the earlier International AIDS Conference in Durban, this was not the sentiment.

Marsha coordinated a satellite conference call/meeting with a new organization she is working with – a global network of black people working on HIV, including UN AIDS, leadership of the conference, and a network of professionals from organizations working in Africa and with African Americans. National and local people need to be involved, not from the outside but from the inside, and including vertical leadership. The resources exist to impact the epidemic, so the challenge is to harness them and improve outcomes.

The message behind key populations – gay males, injection drug users, sex workers, and transgender persons – was evident. These “key populations” have been emphasized in the latest funding, including the recent announcement of a $100 million U.S. government’s PEPFAR (Presidential Emergency Fund for AIDS Relief) grant, at a high level UN meeting in June. This can be understood, because these groups have been ignored by some governments. However, there was some tension between these groups and those working with women and girls, who now account for 62% to 71% of new cases in various countries. Two years ago, the Dreams Initiative, funded by PEPFAR, the Gates Foundation, and other NGOs, had emphasized young women and girls in east and southern Africa, and is ongoing. Most transmission in Africa, unlike in the U.S. and some other developed countries, is among heterosexuals.

Martin said that there was a consensus that after 15 years of PEPFAR, the time has come for national “ownership” of the epidemic, with local governments and national NGOs taking more responsibility. Collaborations and partnerships need to be established.

Deanna Stover addressed maternal child transmission rates, which have decreased in South Africa, through the use of community health workers – from the “community.” Six countries reported that they now had no or almost no perinatal transmission. Deanna attended discussions on PrEp (pre-exposure prophylaxis) for discordant partners, and treatment as prevention. Funders spoke about the future of funding and the need to have outcome metrics moving forward. Overall, she said it gave a profound overview of the epidemic, and of the challenges for the future.

Ron Hattis, who did not attend, mentioned that if the prevalence rate could be gradually be reduced, particularly through successful “test and treat” programs, the current high levels of funding could eventually be reduced; if not, they will be needed indefinitely.

Jeff Klausner also did not attend, but mentioned that there was a sobering presentation in Durban regarding the “real world” effectiveness of “test and treat” in KwaZulu-Natal (the South African province in which Durban is located), funded by French ANRS group. The outcome was that fewer than 1/3 were virally suppressed in one year, and incidence did not decrease, compared with a control group. This was a well-done trial and speaks to the limitations of “test and treat” and the need for additional strategies such as newborn circumcision and PrEP. The weaknesses of the effort appeared to be in keeping the positive patients on treatment.