WHEN RED RIBBONS ARE NOT ENOUGH:
ONE ORGANIZATION, BEYOND AIDS, INSISTS THAT POLITICS HAS OBSTRUCTED AN ADEQUATE PUBLIC HEALTH RESPONSE TO HIV

Redlands and San Bernardino, CA:
World AIDS Day has been observed every December 1st since 1988, but the leaders of Beyond AIDS say there is too little to celebrate. Thirty years into the AIDS epidemic, the number of new infections is not decreasing.overall, and in some populations it has been rising. Over 2.5 million new cases occur each year, including over 40,000 in the U.S.  The number of persons living with the virus exceeds 30  million worldwide, with an estimated 1.2 million in the U.S. Worldwide, well over one and a half million deaths still occurring each year. Over 16 million children have been left as AIDS orphans. (Statistics from Centers for Disease Control and Prevention and World Health Organization)

If we wish to reverse these trends and see a steady reduction in cases and a decrease in the severity of the epidemic, the organization maintains, we will have to do some things differently.

The problem, says Dr. Ronald Hattis, President of Beyond AIDS and a physician in Redlands, California, is that the public health response HIV/AIDS has been partially obstructed by politics. For example, he points out, "until 2006, HIV infections that had not progressed to the late stage of AIDS were not even reportable to public health in California and some other states in the same manner as other communicable diseases. And even now, although the information about new cases is reported by laboratories and physicians, it is still not routinely utilized by health departments to find and test persons who may have been exposed and to stop further transmission, as is done with tuberculosis and syphilis. Until 2008, HIV testing in California required special written consent and could not be easily combined with panels of other lab tests, and that is still the case in some other states. And even now, California law includes special informing requirements that do not apply to any other medical lab testing." 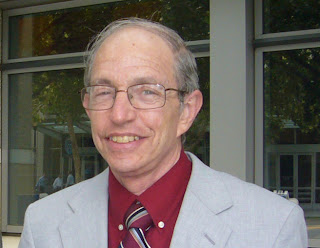 "Every year, on World AIDS Day, red ribbons are displayed, but they do not prevent the spread of HIV," continues Hattis. "It is time that we treat HIV/AIDS as the infectious disease that it is, and that we change our policies and laws so that we can apply the most effective techniques that work with other infections.  It spreads in ways very similar to a number of other diseases, by blood and sexual fluids. It is not the only disease that takes years until it causes symptoms, or that is incurable (for example, hepatitis C shares these qualities). However, what is truly unique about HIV/AIDS is how we have treated it politically, and how we have tied the hands of our physicians and public health workers to reduce their ability to control it."

So how could HIV/AIDS be more effectively controlled? Hattis says that the disease epidemic could be stopped in its tracks, if everyone with HIV were identified by testing, then referred for immediate treatment, and meanwhile the persons they had exposed were identified, testing, and also treated if infected.

Published studies have shown that the infectiousness of people on effective treatment decreases by 96%. Treatment combined with consistent condom use and avoidance of needle sharing could reduce the number of new cases to a negligible number. But this would require changes in both public policy and in treatment guidelines. Testing would need to be more widespread and routine, as would notification of exposed partners. Currently, most patients are unaware for a long time that they have the virus, and then have to wait for years after infection, until the number of their CD4 white blood cells drops in half, before treatment is started. In the meantime, they may have unknowingly infected other people.

Earlier treatment would protect public health, but studies are showing that it would also be good for patients’ health. Already, guidelines are beginning to change, and more patients are being treated at CD4 counts of under 500 per milliliter of blood, rather than under 350 as in the past. However, Hattis notes, it can still take years for those counts to drop from initial normal values of 800-1000, and that can translate to both a weaker immune system that never fully recovers, and the potential for more people exposed to each infected person to contract the infection. Beyond AIDS urges further research that could lead to a standard of universal testing and immediate treatment. 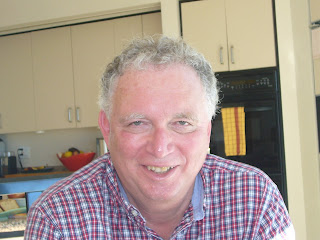 "HIV remains a public health emergency, but it has unfortunately been managed as a public health exception," agrees Dr. Cary Savitch, an infectious disease physician from Ventura, California.who wrote a book on this issue in 1997 ("The Nutcracker is Already Dancing"). Savitch  first convened the group that founded Beyond AIDS in 1998, and served as its first president. Beyond AIDS was founded to combat "AIDS exceptionalism." Savitch explains. The organization has been in the leadership of nationwide efforts to improve the public health response to HIV/AIDS ever since, he continues, including the long, ultimately successful struggle to achieve name-based HIV reporting, and the more recent fight to eliminate the written consent requirement. The ultimate grand mission of Beyond AIDS, according to its Web site, is "to reverse the course of the global HIV epidemic through sound public health policy."  Beyond AIDS also operates a tax-deductible foundation dedicated to education and research on HIV/AIDS prevention, including an internship program.