Beyond AIDS has had policy in place to support legislation to require condom use in the industry, but in spite of a California legislative hearing in 2004, no such legislation has been introduced. Instead, regulations are now being considered pursuant to current federal law on worker safety, and Beyond AIDS has seized that opportunity to become involved.

Most of the film production has been centered in Los Angeles County, where it is a multi-billion dollar a year industry. As a result, that area and the state of California have become the crucibles of what has become both a political and economic fight of major proportions. Though many conservatives may prefer that the entire industry be banned, its legality, at least in California, is not in question, having been confirmed by the California Supreme Court in 1987, with denial of reconsideration by Justice Sandra Day O'Connor of the U.S. Supreme Court.

The issue continued to simmer until the AIDS Healthcare Foundation (AHF) brought it to the fore in 2009, first by filing a lawsuit against the Los Angeles County Department of Public Health, to take vigorous enforcement action against the industry. AHF accused the department of paying insufficient attention to increased numbers of both HIV and other STD cases among adult-film performers, but the department denied that it had authority to take enforcement action. By June 2011, an appeals court reaffirmed a lower court ruling that declined to overrule the discretion of L.A. county health officer Jonathan Fielding. (An appeal to the California Supreme Court is planned.)

At the end of 2009, AHF tried another approach, proposing that the California Occupational Safety Administration (Cal/OSHA) expand its regulations for the health care industry that require barriers (e.g., gloves) to protect workers against bloodborne pathogens, so as to require condoms as protective barriers for worker safety in the adult film industry. The theory is that the porn industry is similar to the healthcare industry in that workers are unavoidably exposed to certain pathogens (disease-causing agents) unless barriers and other precautions are used. Beyond AIDS has participated since 2010 in the advisory committee set up by Cal/OSHA to advise that agency regarding the development of possible regulations. The Los Angeles Department of Public Health is also supporting a condom regulation, contending that the issue must be addressed at the state level (thus making the county a "strange bedfellow" with the organization that has been suing it).

A consultation group to the industry called the Free Speech Coalition, and AIM (until its dissolution), have countered that the testing program has been relatively effective, keeping sexually transmitted diseases to rates comparable to those of sexually active people with demographics similar to the actors. Irate producers and some vocal actors have also spoken up at meetings and hearings to oppose mandatory condoms, citing economic concerns. They fear that films and videos using condoms will attract fewer customers than those without, causing closure of businesses, loss of jobs, and driving off the business to unregulated countries or underground filmmakers who do not do testing and have fewer protections for workers. Interestingly, though, condom use has become the standard for the production of gay films (which continue to sell well), but not for those depicting heterosexual activity (for which the few films that do show condoms tend to sell poorly). 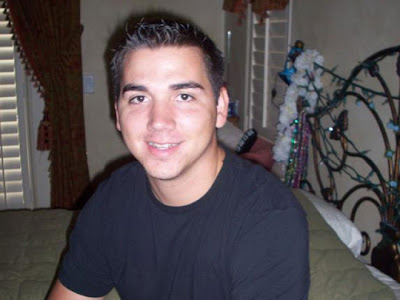 Denise Bleak, an experienced infection control nurse, has been the lead representative of Beyond AIDS in the advisory meetings, assisted by Ron Hattis, MD, the organization's president. A series of meetings has been attended in Oakland and Los Angeles, and the organization issued a position paper in October 2010. The approach of Beyond AIDS has been to attempt to assure a reasoned, science-based approach in an often emotional debate. Dr. Ron Hattis has emphasized the value for prevention of both screening through tests for HIV infection (which has kept the rates of HIV and other bloodborne infections from blood transfusions extremely low) and utilizing condoms (which is a mainstay of HIV and STD prevention worldwide). He cites protocols used by the legal brothels of Nevada, which have almost totally eliminated HIV and other STD transmission. Those protocols require both condom use and frequent testing of the prostitutes.

One of the reasons that Beyond AIDS would like to see condoms used in porn film production, over and above worker safety, is that millions of sexually active people view these films every year, and the unsafe sex that is protrayed produces a bad role model for prevention. Unlike the actors, the customers are not being tested for HIV and other STDs every month. Beyond AIDS supports both the reestablishment of a screening program for the actors and the addition of a requirement for condom use. Protocols for how to manage actors infected with a variety of STDs, including specific restrictions and precautions, have also been suggested. 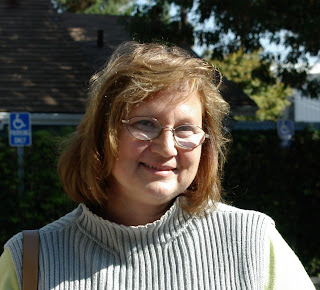 Denise Bleak has openly challenged the actors and producers with provocative appeals at the Cal/OSHA-sponsored meeting. "I ask again, what is the performers' definition of the perfect storm, as far as transmission of infectious diseases, in this venue? It is safer to use what our (infection control) colleagues envision for you, as we watch you (perform)" she has stated. She suggests that condom use and other safety precautions can be utilized in a sexually enticing way. "Think. Imagine, also. Clear condom? Vivid red condoms? Even fake (semen)? In colors? Can there be refinement in the performance for more teasing and less 'pounding and grinding' as one seasoned individual put it?" She noted that condoms could be omitted if both partners were confirmed to have the same diseases, however "the public will likely not enjoy HIV on HIV sex to view." In a reference to the statements in film credits that no animals were harmed in the creation of a movie, she asked that porn films be produced in a manner that could permit a similar statement for humans. "The parallel is for film industry to begin protecting all warm blooded creatures on film, not just the four legged kind. So get it together folks," she said.

Ms. Bleak reflects on the work so far as she continues to appeal to the industry: "Despite my trying to avoid double entendre, some of the work we did at the hearings was unavoidably fun and fulfilling, with the higher purpose in mind, to protect you all and love you a little bit." She has enjoyed being "an equal partner at the table" as a representative of Beyond AIDS.

As of World AIDS Day, 2016, the problem of unprotected commercial sex has still not been resolved. Since the original posting of this article on September 10, 2011, Beyond AIDS has continued to support the efforts of the AIDS Healthcare Foundation (AHF) on this issue. There have been several recent areas of developments.

Renewed State Legislation: In the 2013 California legislative year, Assembly Member Isadore Hall introduced Assembly Bill 332 on behalf of AHF, to do on a state level what Measure B intended to do in Los Angeles County. Beyond AIDS was in strong support, and the AIDS Healthcare Foundation was the official sponsor. The bill got suspended in the Assembly Appropriations Committee, theoretically because it required Cal-OSHA to issue long-delayed regulations, which would cost money. This is somewhat ironic, considering that Cal-OSHA continues to claim that it still plans to ultimately issue regulations anyway, regardless of state legislation.

However, in the 2014 legislature, Mr. Hall has introduced a new bill with the same intent, AB 1576, again with the AIDS Healthcare Foundation as the sponsor and Beyond AIDS as a supporter. The new bill required both condoms for performers, and a testing program to include various sexually transmitted diseases. Unfortunately, that bill, too, failed to pass.

Local County Ordinances, Passed but Weakened by Litigation: On November 6, 2012, the voters of Los Angeles County approved a ballot initiative (Measure B), requiring condom use in adult film production, and providing for county regulation of worker safety standards. The AIDS Healthcare Foundation sponsored this initiative, and Beyond AIDS supported the measure, which achieved 57% support in spite of the opposition of major newspapers. No mechanism was put in place for implementation and enforcement, and the county seemed reluctant to take on this new task. Some producers threatened to simply move production to neighboring counties, particularly Ventura County, so that county's Board of Supervisors passed a similar ordinance.

Meanwhile, the future of county enforcement is likely to be made more difficult, because of a court challenge filed in January 2013 by Vivid Entertainment and two performers. On August 17, 2013, U.S. District Court Judge Dean Pregerson issued what has been called a split decision in that case. On the one hand, the judge upheld the requirements that adult film productions receive permits from the county, that performers must use condoms, and that criminal charges could be brought against violators. On the other hand, he threw out other provisions that he determined would permit too much discretion to the county Department of Public Health in denying permits, and in inspecting film production for enforcement purposes.

“The department is given no guidance as to what types of diseases or what types of transmission methods applies,” the ruling stated. “Indeed (it) would seem to authorize revoking a permit if a cameraman were working with a cold.” Judge Pregerson also restricted the power of the county to enter and inspect any location where filming is taking place, but permitted the county to obtain warrants to enforce Measure B. In summary, the key requirements of the measure are still in place, but enforcement will be difficult. AHF considers the decision a victory, but the Department of Public Health does not appear certain of how to proceed.


The most recent attempt to resolve the issue was a statewide ballot initiative, Proposition 60, on the general election ballot on November 8, 2016. Again the AIDS Healthcare Foundation was the sponsor, with Beyond AIDS a strong supporter mentioned in the voter booklet as well as in some TV ads. This initiative would have applied statewide, requiring condom use for filming of sexual intercourse, and requiring producers to pay for vaccinations, medical examinations, and HIV/STD testing of actors. One controversial provision would have allowed citizens to sue if non-compliance were discovered. This arose from frustration about the failure of Los Angeles authorities to enforce the ballot initiative that had passed there. Both political parties and the California Medical Association opposed the initiative, partly because of that litigation wording. It failed to pass, garnering only 46% of the vote (about 6 million in favor, vs. 7 million against).

Cal-OSHA's Moribund Regulatory Efforts: As of December 1, 2016, Cal/OSHA has not yet issued final regulations over 6 years after a series of hearings. A new draft state standard was developed in 2013, but was not considered as an official rulemaking proposal and not sent out for public comment. The draft regulations developed so far focus heavily on condoms and other infection control protection (including immunization), but ignore the issue of periodic screening tests. Testing would only be required as part of post-exposure evaluation. The agency has explained at hearings that its mandate is limited to the types of protection originally authorized by federal OSHA for health care workers and delegated within the state of California to Cal/OSHA, such as barrier protection, personal protective equipment, engineering controls, and immunization. In fall 2016, Cal/OSHA, after another three years of delay, was planning another hearing, but it was cancelled pending the results of Proposition 60 in the November 8 election. Cal/OSHA claims to have authority to issue regulations and/or to issue citations for unsafe practices, based on the existing state and federal bloodborne pathogen standards. With the failure of the ballot proposition, the ball would appear to be  in Cal/OSHA's court.

Ronald P. Hattis, MD, MPH
This blog intends to be thought-provoking and to challenge some current dogmas.